Video.. Europe's leaders scare their people from Corona, Trump worried about his injury 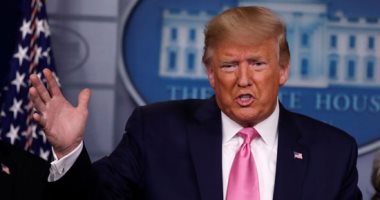 At a time when the world is facing a strong challenge of the spread of the Coronavirus in the various survival stake of the Earth and its loss of thousands of lives, the world's leaders' handling of this health crisis has varied between trying to prepare their people for the next worst or minimizing the reality that has already become bitter.
Europe's leaders couldn't hide the serious concern of the Corona outbreak.

Their statements increased the horror of the deadly virus.

In alarming words, the British prime minister warned his people of the worst to come.

In a speech, Johnson told the British: Prepare for the separation of your loved ones.

"I have to be clear," Johnson said. We're facing the worst health crisis in decades.

Some say it's like seasonal influenza, but that's not true.

I have to tell the British people: a lot of families will lose their loved ones.

Before that, German Chancellor Angela Merkel made her pessimistic predictions and said

70% of Germans may get corona

The French president said: "Corona is the worst health crisis we face this century.

And on the other side of the Atlantic.

President Trump has made decisions to contain the virus.

The President of the United States is also deeply concerned about his personal safety.


After the announcement of the injury of a Brazilian official he met a few days ago in Maralago.

Because of Corona. Global 'Health and Tourism' Presidents Avoid Handshake

WHO: 20 new vaccines under development to fight emerging CORONA virus

WHO: 20 new vaccines under development to fight emerging CORONA virus The World Health Organization (WHO) h…